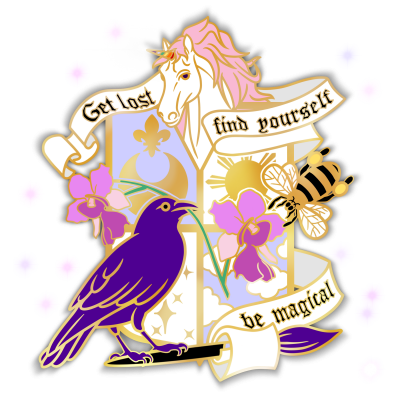 Prelude: Once upon a time there was Côr the traveling artist who often traveled to the other side of the world into the lands of Borneo & Malay Peninsula. While back in the Americas he met Jon the Merchant. The two became friends, began training together, and they would met often when Côr was back from his travels.

Mid autumn, Côr spent time in paradise with a group of friends on the Island of Oahu. Everything was so beautify and peaceful. Early morning, Côr awoke to catch the sunrise, and he was happy but kept thinking to himself how much he wish Jon was there beside him. He began to desire to share this with Jon. He brought back his first gift to Jon from the trip, a obsidian pendant necklace.

Over time, the two came closer together, and becoming aquatinted with each others family. Born in New Orleans is Côr, who’s family being American French & Native Mexican. Jon being born in Houston, who’s family is American Filipino. Although both Christian families, they come from different backgrounds, and the two have the ability to understand each others cultures. Of course there was a period of learning and growth between the two. Once their greatest weakness, communication was now one of their strengths.

On the anniversary of their meeting, Côr and Jon traveled to the Island of Oahu. The two went to the pier to capture the sunset. Côr turns to Jon and gets down on one knee, and ask him to join him. Jon accepts in joy, and the two begin to plan for a future together. This is the beginning of their travels together, as they wonder different lands from Korea to Singapore. 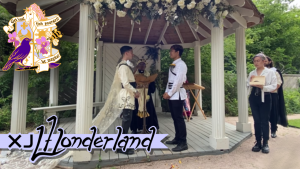 Act I: Wedding of Côr & Jon

The two made a Union in front of an audience of family and friends, individuals of different backgrounds and cultures. Some traveled near and some from afar to witness the event. Married by the Moor of Dundee, the Officiant was a Leader of high prestige. Although the wedding was meant to be in front of a group of 50, many gathered behind the stone wall to witness the marriage and cheer as Thuan, The Lord of the Rings, presented the Rings to the couple.

All gathered in celebration of the newly weds, and came to the table to congratulate them. A feast was given, and the Moor of Dundee signed the marriage certificate. Raising their glass, Lady Danielle ‘Best Man of Jon’ and Sir Aaron ‘Best Man of Côr’ gave a toast to the couple.

Act IV: Happy Every After

Although the couple had accomplished much in life already, there is still more for them to quest for. Now joined together in promise, the couple move forward in life, faith, and eye to eye in ambitions. The traveling artist now traveling with the merchant in an enchanted world to create a life of love, happiness, wealth, beauty and magic.

Act V: Be Our Guest

This story would not be possible if it was not the family and friends who love Côr & Jon. Not only did they support the couple, but also help shaped their charter on this journey. While there is not photographs of everyone, along with those who did not have the opportunity to attend; the couple have such a love for the people who supported them throughout the entire journey.

THANK YOU everyone who sent us gifts. We did not create a ‘wedding registry’ because we did not want anything in particular. How ever we are saving up to open a physical location of business. If you feel so inclined to gift us a monetary gift we have options available. We have decided to create a special gift to everyone who attended the wedding and/or gave us a gift over $10. This gift is planned to go out late June.

★ If you would like to gift us, please send Côr or Jon a message, to let us know.

★ If you did not attend or give a gift, the Coat of Arms Enamel pin is available for purchase, and ships out late mid June. (click on the ‘Coat of Arms’ at the top of the page to direct you to item for purchase)

Click the paint brush below to take you to the News article by Lupe Zapata about Leza Mesiah ‘the Moor of Dundee’ and see our wedding being featured.